The SMEs Innovation in Europe

The SMEs Innovation in Europe

In this article we investigate the determinants of SMEs Innovation in Europe. We use data from the European Innovation Scoreboard of the European Commission in the period 2000-2019 for 36 countries. Data are analyzed through Panel Data with Fixed Effects, Random Effects, Dynamic Panel at 1 Stage and WLS. Results show that the presence of Innovators is positively associated with “Enterprise births”, “Government Procurement of Advanced Technology Products”, “Firm Investments”, “Intellectual Assets”, “Sales Impacts”, “Share High and Medium High-Tech Manufacturing” and negatively associated to “FDI Net Inflows” and “Population Density”.

In this article we investigate the determinants of innovation in European SMEs. Specifically, we use data from the European Innovation Scoreboard of the European Commission for 36 countries1 in the period 2000-2019. The role of innovation has an essential force to drive economic growth has been recognized especially in “Schumpeterian Economics”, in the Solow’s growth model and in the “Endogenous Growth Theory”.

Schumpeterian Economics. In the context of the Schumpeterian economics the presence of innovation is an essential force to drive the economic growth. Schumpeterian economics is based on fourth main drivers that are “Innovation and technological change”, “Institutions”, and “Entrepreneurs” (Schumpeter, 1934). The main element in the theory of Schumpeter is the role of the entrepreneurship. Entrepreneurs can promote innovation and technological change. But in Schumpeterian economics it is also relevant the role of institutions, in fact institutions can promote the formation of the human capital either to create the conditions for the development of an entrepreneurial class able to generate economic value. A Schumpeterian related concept that has had a successful course in the history of the economic ideas is the concept of “creative- destruction” i.e. the idea that every innovation has a destructive power. The destructive power of innovation consists in the fact that it creates the conditions to make old products and services obsolete and by this way can induce many firms in failure. The creative-destruction is not only an interesting theoretical idea but it is also a true threat for many corporations and economic organizations that should defends themselves either by increasing the investment in Research and Development either by introducing a deeper strategical orientation in managerial choices.

Welcome to the Age of Digital Transformation

JOIN US & PAVE THE WAY FOR YOUR INNOVATION ROADMAP

Corresponding author: Dr. Angelo Leogrande can be contacted at: leogrande.cultore@lum.it 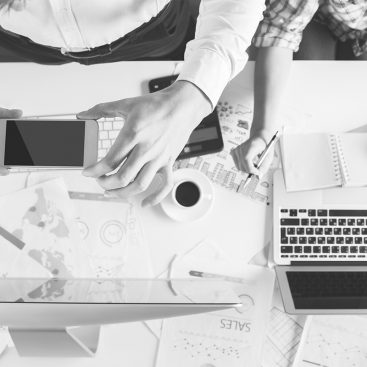